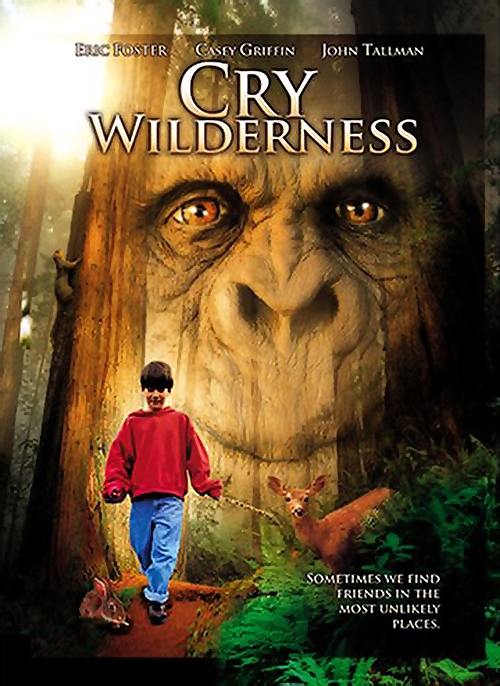 No one is happier than me to report that episode two of MST3k’s new season is an improvement over the premiere/pilot of this reboot/reimagining of the series.

The characters are getting more comfortable in their roles, the riffing is stronger, and the movie is suitably goofy and accessible for the new team to tackle.

But the series apparently won’t have a traditional MST3k theme opening. It starts with a cold open and then Jonah is forced to reenact the opening because Kinga can’t record it for some reason… I suspect this is being done because if you binge episodes on Netflix it will skip over the opening if it’s the same and I guess the show runners don’t want that? I don’t know how I feel about it yet… it’s strange, but it doesn’t lessen the experience. I’ll wait to see how I feel in a few episodes.

This episode’s experiment is a wonderfully odd film from 1987 called Cry Wilderness. It has no discernible plot that I can detect, but I suspect this one could become classic over time. It’s just so strange and the characters are exactly the kinds of goofy personalities that make for MST3k history. Time will tell.

Basically, a young man escapes from a boarding school because he’s been dreaming (having visions?) about Big Foot and wants to find him. He goes from boarding school to the untamed wilds of forested park land in about 4 seconds and there are cougars and tigers and skunks and every other kind of animal just wandering around on the paths within easy reach. He finds his father, a park ranger, and an assortment of other strange characters and they do… something. It’s better if you watch it.

The riffing is much improved. The performers aren’t saying everything really fast like they were in the premiere. But the riffing does still feel overly polished. It doesn’t feel like a guy and his robots reacting to a movie in real-time. In fact, there are a few riffs that start a split second before the thing or event they’re reacting to. That’s a bit dizzying in the moment, but since there’s already been huge strides made in the riffing it’s encouraging.

And while the characters are improving, the Bots still feel like background characters. Just other voices with which to make jokes. They show up a little bit more in the out of theater sketches, but just barely.

But the big news is CAMEOS! Pearl, Bobo, and Brain Guy show up in a brief sequence midway through the episode. I had been looking for an anchor and it was great to see them inhabiting those roles. Something was off about Bobo’s face prosthetics, but I didn’t care. Kevin Murphy was there to help me ignore it. From a character standpoint, Kinga was overjoyed to see her grandmother and Pearl didn’t really seem interested, which was exactly the Pearl Forrester reaction I would have expected. Good stuff.

When the show improves with each episode, it makes it easier to continue on knowing that each one will be better than the last one.

What say you? Cancel reply