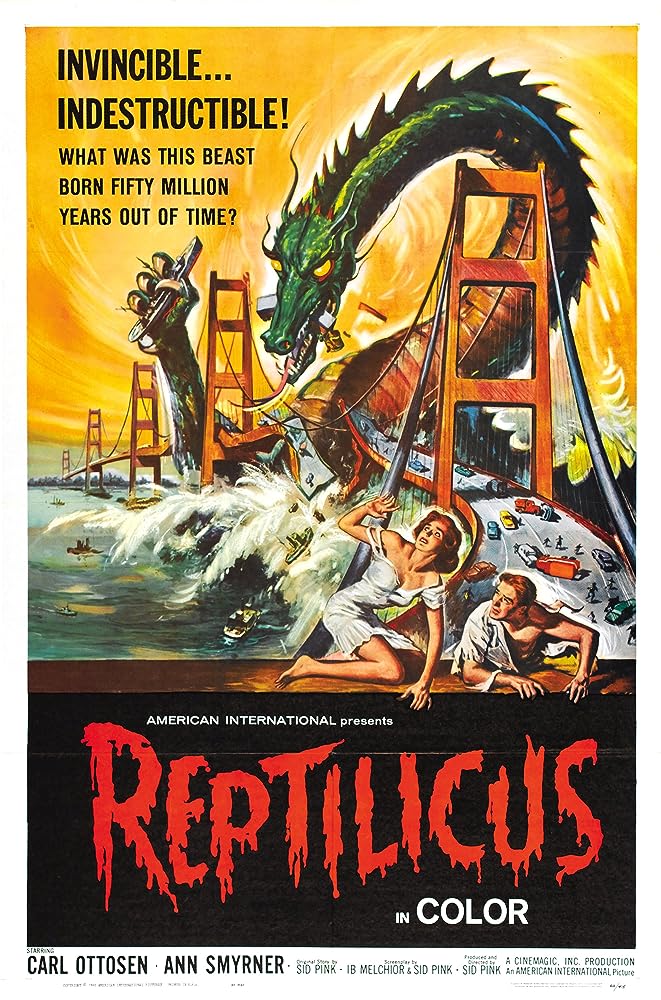 I shared my broad, non-spoiler reactions to the new MST3k’s premiere episode here. Since I can finally talk spoilers and refer to the movie, I’ll share my impressions beyond those broader thoughts.

As I noted before, there was certainly a lot of good aspects to the premiere. I’m encouraged to watch more.

The show opening is spirited and it certainly covered a lot of narrative ground. It did not, however, explain why the Satellite of Love or the Bots are back in space. As a fan of the original series, and one who was particularly moved by that show’s conclusion, this rubbed me the wrong way. I made this comment to Joel Hodgson on Facebook and he actually responded to me! Joel said (I made grammar edits for clarity and OCD reasons…):

“I appreciate your note, but I didn’t feel like sewing all those elements together up front. Felt “top heavy.” Also, I’ll explain how the bots got back into space downstream. Next season.”

First off, I’m glad to hear he thinks there will be another season. More MST3k can only be a good thing. But while I respect that Joel took the time to respond to me, it doesn’t persuade me to his view because he dedicated a lot of upfront narrative as it is.

I would say explaining how the Bots, who escaped their previous captors, ended up stranded on the satellite again is a worthwhile story to tell. Or at least acknowledge. The previous iteration of MST, while goofy, still maintained a loose but straightforward continuity. That’s why I think the transitions from Josh to Kevin, Joel to Mike, Frank and Trace to Pearl, and Trace to Bill were about as smooth as could be expected given the affection for those characters. The show acknowledged something was different and, while not dwelling on it, at least gave it attention so the audience didn’t feel unmoored. Since this is being positioned as a new season and kind of a reboot, it clearly doesn’t play by those same rules, but it’s why I, as a “legacy” fan, feel it’s a rough start.

It also doesn’t help that Tom Servo and Crow, who were last performed so vividly by Kevin Murphy and Bill Corbett (and Trace Beaulieu before him), are shells of their former selves. Again, I recognize I may just be longing for the old performers who embodied these characters for so long. But even when I try to account for that bias, it’s undeniable that in this premiere episode Tom and Crow are merely additional voices to deliver jokes. I have no idea what their new personalities are supposed to be. For new viewers, they may not care. But for legacy fans, I can’t imagine I’ll be alone in this.

Even in Bill Corbett’s first episode as Crow, arguably the second toughest character transition for the show (after Joel to Mike, of course), he began developing a personality that was somewhat of a hybrid between Trace’s Crow and the one he would eventually perfect, that “barely contained East Coast anger” Crow. He left an impression. I have no impression of the new Crow, voiced by (but not puppeted) comedian Hampton Yount.

It’s even worse for Tom Servo, now voiced by comedian Baron Vaughn. It’s inarguable that Kevin Murphy was Tom Servo for 99% of MSTies. Yes, I know the character originated with Josh Weinstein. But he had two (sorta) seasons with Tom and the show was barely defined at this point, he didn’t have much time to make a mark. I don’t see any huge contingent of “Weinstein was better” fans coming out of the woodwork other than the “I HATE TOM SERVO’S NEW VOICE” guy. Kevin Murphy inhabited Tom Servo from Season 2 to the end. His mark on the character is indelible. The singing, the swaying to music in the theater, the unique deep baritone, even the odd quirks he developed over the years like an underwear collection… It’s unfair to compare Vaughn to Murphy, but it will happen. Particularly because Murphy’s Tom was so memorable and developed.

Jonah probably comes out the best, from a character perspective, in the premiere. But he’s definitely more Joel than Mike. And, of course he does because this is Joel’s party. What do I mean by this? Well, Joel “Robinson” was a thoughtful, easy going father figure who didn’t really rock the boat. He did inventions, he taught the bots lessons, he tried to focus on the positive aspects of movies, and was pretty much an amiable lug content to watch bad movies while being held hostage.

Jonah’s not much different. He has that “millennial,” Chris Hardwick vibe (the two are real life friends, actually) where he seems to get excited and geek out on subjects of interest. But in the premiere, Jonah plays very much of a Joel role. He doesn’t really act like a guy who just got kidnapped and is forced to watch bad movies.

Mike Nelson started off “cooler” than he would ultimately be by the end. “Insecure, beefy Midwestern guy.” He bucked the Mads. He tried to escape a lot. And he didn’t police the Bots’ riffs in the theater like Joel did. He was like a big brother, if Joel was akin to a father figure. Jonah has been pitched as akin to your friend’s little brother who you don’t really want hanging around you, in terms of his relationship with the Bots. But if that’s the idea, it’s not apparent in the premiere.

The strongest additions are Felicia Day as Kinga Forrester and Patton Oswalt as “TV’s Son of TV’s Frank” or just Max. He prefers the former. They’ve got a good chemistry together. I like Felicia Day from her other work. Patton Oswalt is hilarious and I’ve enjoyed him at least since The King of Queens. Their “evil” goal is somewhat different than Dr. F or Pearl’s; it’s more meta. Kinga is resurrecting Mystery Science Theater 3000 and wants to inflict bad movies on Jonah because that will get better ratings. I think it’s an inspired choice. My only fear is that meta stuff can get tiresome fast if not well balanced. We’ll see.

Finally, the movie: 1961’s Reptilicus. If there’s a definition of a “cheesy” movie, this is it. It’s got everything a MSTie could want: drab, lumpy white guys in coats talking about made up science, hot 60s babes, and more models of buildings and a green lizard monster than you can shake a stick at. Plus, the monster spews green acid that looks like Ecto Cooler and is an effect added after the fact and so doesn’t render well. Ripe material for riffing.

The riffing: this episode bears re-watching, but the riffs came so often and so fast that it was hard to react to them. It was definitely a case of the new riffing team getting comfortable because this gets better as the episodes go on and everyone settles down. I laughed out loud a few times, but was more bemused than anything.

The new MST3k feels very much like Joel Hodgson is behind it. It’s feels like the show rewound to its Season 3 and Season 4 sensibilities. I have no problems with Season 3 or 4 of MST3k; there are great episodes in those seasons: Pod People, of course, Master Ninja, Gamera, Manos, Monster A-Go-Go, and more. It’s just that the show evolved after those seasons. The riffing got tighter and the characters grew into their roles. It felt more like a guy trapped in space forced to watch bad movies. The riffs became more conversational than some guy doing a voice shouting at the screen (although those riffs still happened).

I realize that I may be coming off fairly negative. It’s not my intent. But I had high expectations. Probably too high. And since my preferences come from Season 5 Joel and the Mike era of the show, my expectations are probably even more uncalibrated. I just see too many people heaping praise on the premiere and, while decent, it really doesn’t warrant it. It succeeds at launching the new show and reestablishing the premise, but so far it only honors the “Joel” era of MST3k and there were 4 ½ other seasons (and a movie!) to draw upon.

Fortunately, I saw enough good things and lavish attention to detail that I’m not calling it a misfire. And since I’ve already watched ahead beyond the premiere, I know that each episode forward is an improvement.

What say you? Cancel reply